Failure is a word unknown to me 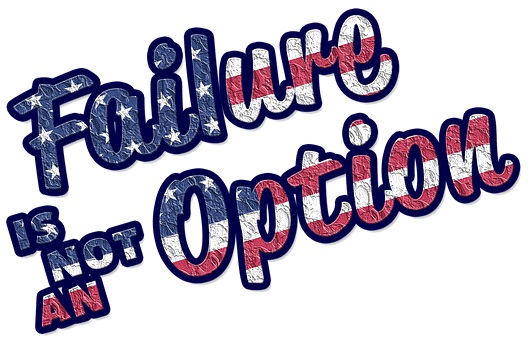 Have you ever thought what makes us different from all the other creations of God? What makes us more beautiful and more perfect? Our ability to use brain.

Among all the living creations of God, mankind has been called superior because of the fact that they have ability to think. Before any action we perform, we think. More a man thinks, more better position he gets in the contest of being superior. Some men are known as visionary as they are capable of thinking about the things they have not encountered yet. They are superiors of the most superior creation in the world.

Being a human being, when God gives to an ability to use your brain, He offers a man to control a portion of his fate.  Therefore, making man responsible for his actions. Such luxury has never been enjoyed by any other creation of God but man.

What if decisions made by a man went wrong? Sometimes when it comes to accountability of your actions, luxury becomes curse. The world one lives in is made by his own decisions. It is said that a man is known by the decisions he make. Sometimes we succeed in making the right decision sometimes we don’t. Our success gives us comfort and we are praised by everyone around us. But when it comes to failure, things get difficult. We lose, not only opportunities, but everything. That part of a man’s life is known as failure.

Being humans, we were created in a way to achieve goals either by planning better and or by failing and then try harder again. It has been seen that when a man fails he loses all the hope and mostly fearing not to fail again, he stops trying. But there are some who never give up, even if they fail every time. Failure after failure brings them one step closer to their success and in the end such men get what they desire.

My life has been very challenging from the beginning because of the failures that I had faced throughout my life. I have failed many times in my life but the man I became today is because of the stubbornness and the will to not give up until I achieve my goals. The thing one needs in his life is someone who believes in him and keeps reminding him of the fact that he is imperfect enough to not achieve everything in his first attempt. It is no failure if someone fails to achieve his goals in his very first attempt but a man is known as a failure if he loses hope and let go of his dreams. From the place where I am standing, if you are stubborn enough to try harder unless you get what you want, you will learn from your mistakes, even if you fail several times. You will become wise.

You never will be a failure if you become wise.

Failure is a word unknown to me.
— Muhammad Ali